The bet365 Gold Cup is staged at Sandown Park racecourse and is always run around the third week of April – the exact date for the 2022 bet365 Gold Cup has not yet been announced.

In this article, we will go through previous bet365 Gold Cup runners, the odds of some of the leading bookmakers as well as betting tips for the race. To get more information about the other horse races to bet on, read our page dedicated to horse racing betting (famous horse racing events to bet on). 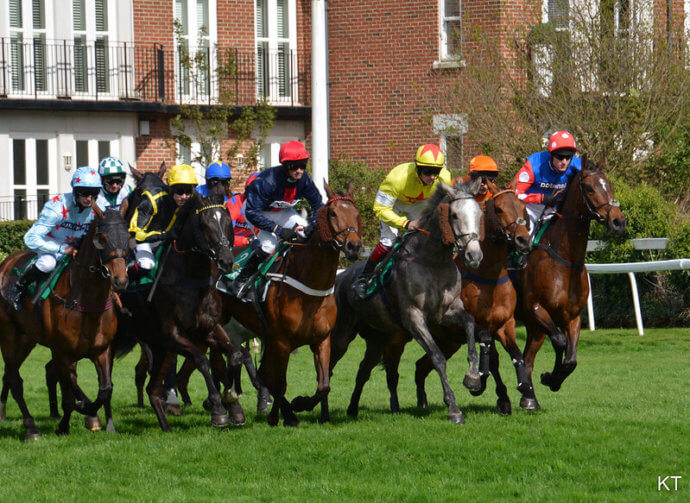 At the Bet365 jump finale fixture – the last bet365 Gold Cup-winning favourite was back in 2000, when a horse called Beau rewarded favourite backers.

It’s quite common to see bet365 Gold Cup runners reappear in the race year-after-year, like back in 2003 when the Paul Nicholls-trained Ad Hoc won the race after also taking the prize in 2001.

Potterman had Kitty’s Light back in second, while Enrilo was awarded third after being demoted.

Use these key bet365 Gold Cup trends to find the best profiles of past bet365 Gold Cup winners – after all, if certain profile of a horse has done well in the race in the past then surely these are things to look out for again.

Over the last 17 runnings of the bet365 Gold Cup, we’ve not seen a single winning favourite in this Sandown Park race, while 13 of the last 17 successful horses were aged 7,8 or 9 years-old.

Being a competitive staying handicap, then the bet365 Gold Cup is a good race for the bookmakers.

The bet365 Gold Cup Jump Finale is a key meeting on the horse racing calendar and marks the end of the National Hunt jumping season.

Older horse racing fans might still refer to the race as the Whitbread, as that was the race sponsor from 1957 right up till 2002!

Since then, Attheraces, Betfred and now leading bookmaker – Bet365 – have lent their names to the bet365 Gold Cup, with the current sponsor having an association since 2008.