Our championship race on day two was the Queen Mother Champion Chase. The event featured some of the best two-milers in Britain and Ireland.

Once again, we had good to soft ground for day two, the same conditions being advertised on the hurdle, chase and cross-country tracks.

We were still racing on the Old Course on day two which meant the pace was at a premium. Despite that fact, however, in the Ballymore and the Brown Advisory, we looked set to see perhaps some of the staying stars of the future including a potential 2022 Gold Cup favourite.

Despite Bob Olinger’s starting price, nobody could have really foreseen what a week he and Rachael Blackmore would have.

The 6/4 favourite, Bob Olinger was cruising two from home. He rapidly went clear of the opposition between the final two flights before pulling away up the hill. The six-year-old eventually won by a widening 7½ lengths.

Paul Nicholls’ Bravemansgame was thought to be the real deal, but in finishing third behind the two horses ahead of him in the market it seems that the layers and the punters got this one right. 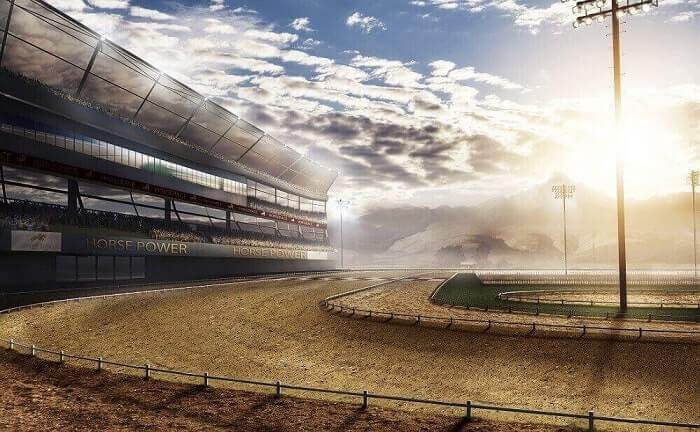 Much as was the case on day one with Appreciate It and Shishkin, the opposition ran scared here. Because of the presence of the very smart Monkfish, only six turned up for the three-mile novice.

Already being backed for next year’s Gold Cup, Monkfish didn’t disappoint here in fairness. He was arguably not as impressive as he was at Leopardstown, but he dominated his opposition all the same.

Not always as fluent as he could have been over his fences, he lost a few lengths at times but still managed to win as a 1/4 shot should. Paul Townend’s mount pulled 6½ lengths clear at the line and is considered a leading fancy for the big one next year.

The typically rough and tough to solve Coral Cup was a highlight of the day. 26 runners went charging at the first, though the only faller (Blue Sari) was at the very last flight. Click the following link to have more information about Cheltenham runners.

All the top yards were represented, but it was the name of Paul Hennessy that was etched onto the cup. His Heaven Help Us, a 33/1 shot, was being challenged by Blue Sari before the fall and when left clear romped home to record a valuable 9-length success.

The gamble of the race, Grand Roi, disappointed as did the heavily backed Guard Your Dreams. One for the bookmakers we think!

For the second year in a row, the Champion Chase will be remembered for the horses who didn’t turn up. Once again Nicky Henderson’s Altior wasn’t here, while there was a last-minute withdrawal too.

At 14:54, a little more than ten minutes before post time, Paul Nicholls’ grey Politologue was withdrawn by the veterinary officer.

This left the race fairly open, and while at 17/2 Put The Kettle On can almost be called an outsider, we should not have been surprised at his win.

True, Chacun Pour Soi looked solid as a favourite, but Henry De Bromhead’s horse has previous. Put The Kettle On is an Arkle winner, so was already proven over two miles in a Cheltenham Grade 1.

His win here was hard-fought, and but for a stumble, at the last, it could have been Nube Negra who was being crowned as the champion chaser of the season.

For many people, the Cross Country provided the highlight of the day. Tiger Roll, already a two-time Grand National winner and four-time Cheltenham Festival winner, suddenly regained top form to win back his crown.

Always travelling well, the Tiger ultimately took care of French raider Easysland by a yawning 18 lengths. Easysland was the horse who had lowered his colours last year but was no equal this time around.

Despite being only a 9/2 shot, the stewards asked for an explanation regarding Tiger Roll’s return to form. It was noted that a return to this track in spring is what he loves. Boy did he show us all that!

There was a desperate finish to the Grand Annual this time around. Sky Pirate, Jonjo O’Neill’s runner, appeared to come into the race smoothly when he hit the front at the last.

Having got there, however, he drifted to the right and had to battle all the way. At the line, Sky Pirate just about got the nod by a short-head from Entoucas of Joseph O’Brien’s. Ibleo was a further 3¾ lengths back in third.

This was a huge win for jockey Nick Scholfield, while Sky Pirate didn’t go unbacked either by the public.

Willie Mullins had the long-term favourite for this race in Kilcruit, who ultimately did start as the market leader. After Sir Gerhard was removed from Gordon Elliott’s yard, however, Mullins found himself with a stranglehold on this race.

Indeed, with the assistance of Rachael Blackmore in the saddle, it was Mullins’ new recruit who got the job done. Sir Gerhard was sent to the front immediately by Blackmore and the pair never looked back.

Kilcruit, having kept on well in the final half-mile, was only half-a-length away at the line under Paul Townend as the master Mullins recorded a Grade One 1-2.

A double on the day for Rachael Blackmore gave her the riding headlines. Her successes on Bob Olinger and Sir Gerhard bookended the card and left her as the top jockey after two days.

Paul Townend was breathing down Blackmore’s neck after landing just the one win. Big-hitters such as Nico de Boinville and Jack Kennedy however had to settle for a blank day on Wednesday. All of that left the jockeys’ table looking like this after two days of the Festival:

Irish giants Henry De Bromhead and Willie Mullins each landed doubles on Wednesday. Both trainers took their overall totals to three for the week, with Mullins at this stage remaining as a favourite to land the trainer’s championship.

De Bromhead’s wins with Bob Olinger and in the championship race with Put The Kettle On, as well as Mullins’ successes with Monkfish and Sir Gerhard, left the trainer’s table looking like this after day two:

Arguably this time, the very best performances of the day didn’t come from where we’d expect. True, the excellent Monkfish landed the odds, but he wasn’t always fluent over his fences in the Brown Advisory.

Bob Olinger, admittedly favourite for the Ballymore, put in a brilliant staying performance in the opening race. One could argue it was better than many expected and he’ll be a real force next season.

Put The Kettle On, already an Arkle winner proved his class in the two-mile division too. With Chacun Pour Soi a fairly disappointing favourite in the Queen Mother Champion Chase, it was left to Henry De Bromhead’s runner and Dan Skelton’s Nube Negra to fight out the big race.

Nube Negra stumbled at a crucial time in this race. Also, he was given three months off before this which is a new fad we don’t think a lot of. Had it not been for these things, he may well have had enough to take the Champion Chase.

We have to give a special mention too to Tiger Roll. Having lost in the Cross Country last year, it seemed his best days were behind him. He wasn’t great when reappearing this season either, but was truly brilliant in recording an 18-length win over Easysland here.