The final day of Cheltenham 2021 was Gold Cup day. This is the day all punters, trainers, owners and jockeys have been waiting an entire year for.

Al Boum Photo was backed into very strong favouritism as he attempted to win a third straight Gold Cup. Rachael Blackmore was aiming to become top jockey, and Henry De Bromhead and Willie Mullins were set to battle it out to be top trainer.

The final seven races of the 2021 Cheltenham Festival were mesmerising. There was plenty at stake for all, not least Henry De Bromhead and Willie Mullins.

As well as going for the trainer’s title, the two big Irish handlers were in pole position in the Gold Cup itself. Nicky Henderson was double-handed and full of confidence too. They’d have to wait for all that though, as the Triumph Hurdle was the curtain-raiser on the last day of the 2021 Festival. 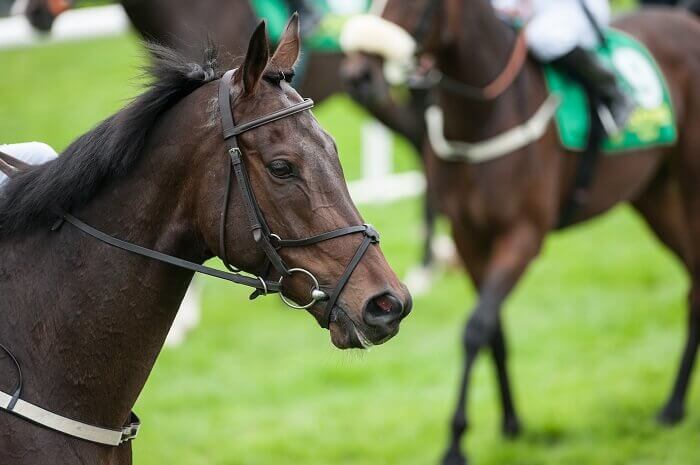 Zanahir had been the favourite for this race for a very long time. As well as that, Tritonic was considered to be a potentially top-class individual too so competition was hot here.

Despite all that, Quilixios was backed into 2/1 because of the horse’s deadly trainer/jockey combination. By day four it had become apparent that the go-to team was that of Henry De Bromhead and Rachael Blackmore, and they teamed up for yet another win in the Triumph Hurdle.

Despite taking a keen hold in the race, Quilixios was allowed to take the lead going easily 2 out. From there, he was simply pushed clear of the field to win by 3¼ lengths.

Both Zanahiyr and Tritonic were disappointing in the end, coming home fourth and fifth respectively.

What a race the County Hurdle proved to be. 25 runners, all but one finishing, and an incredibly competitive betting market. Learn more about the Cheltenham runners here.

There were so many horses in with a chance approaching the last, this was impossible to call. As it was, 33/1 Belfast Banter was the one who came out on top for trainer Peter Fahey and his delighted jockey Kevin Sexton.

Having already landed one big race this week, trainer Gavin Cromwell was back in the headlines. His Vanillier, a 14/1 shot, was brought into the race superbly by Mark Walsh, the pair securing victory by some 11 lengths.

When asked about the big improvement shown, Cromwell talked only about the health of his yard. He mentioned the yard had been out of form but had now improved – just in the nick of time too!

Stattler was made favourite at 7/2 here. This could be because of his yard in all honesty. The Willie Mullins-trained six-year-old was beaten some 15¼ lengths back in fourth, just ahead of the locally trained Alaphilippe from the popular Fergal O’Brien yard.

This, for most people, is what the whole week was about. The Gold Cup itself. Once again, the Blue Riband race did not let us down.

Some fascinating runners were taking part this time. Dual winner Al Boum Photo was going for a historic third win. Frodon had stepped up to three miles brilliantly in King George and was attempting to run them into the ground, while Royale Pagaille had been thrown in at the deep end having had other Cheltenham targets.

Kemboy was trying again, as he has been the favourite for this race in the past, and Nicky Henderson ran two. His Santini was a close second last year, while Champ enjoyed a nice prep and clearly had a lot more to give.

Almost as soon as they were off, however, Henderson knew his fate. Champ, who had been second-favourite but drifted markedly in the betting, was never going. He made bad mistakes at the first, third, fifth and sixth fences and was pulled up before the seventh.

Only five fences later, Santini was the next to go on what proved to be a miserable Gold Cup for Nicky Henderson and his team.

Upfront, Frodon was dictating things. Jumping as well as always under Bryony Frost, the admirable former Ryanair Chase winner went along nicely until four out when the race compressed.

At three out, the big three took over. Minella Indo took control of the race, with stablemate A Plus Tard and former champ Al Boum Photo in pursuit.

Despite a two-length lead at the last being halved, he and rider Jack Kennedy held on for a famous win.

Rachael Blackmore rode the second horse home, and she’d had the choice of both runners. Was A Plus Tard chosen because he was among the favourites? Was he among the favourites because Blackmore chose him? Either way, it was a fantastic day for trainer Henry De Bromhead, leading in a Gold Cup 1-2.

Will Biddick was a new winning trainer for many, but his Porlock Bay did this fair and square. As he and favourite Billaway pulled 13 lengths clear of the field, a concerted battle ensued.

With heads bobbing and the excitement at a peak, the 16/1 shot just get the better of the argument. Runner-up Billaway was trained by Willie Mullins meaning this was a big scalp for the Biddick team to claim.

This race was important for more reasons than one. It was the inaugural running of the Mares’ Chase, so whoever was to win was to make history. Also, with the furore of the Gold Cup still dying down, Willie Mullins knew he still had a chance of winning the trainer’s title again and he had a strong hand here.

Step forward Colreevy, Elimay and Salsaretta. Three of Mullins’ four mares in the race ran superbly. Despite Elimay going off 6/5 favourite, it was Mullins’ usual no.1 Paul Townend who rode the winner this time as Colreevy won gamely by half-a-length at the line.

The last race of the entire meeting had a couple of specific things riding on it. Langer Dan, the previous Saturday’s Imperial Cup winner, had the chance to land a huge bonus. Winning this race would have netted his owners a cool £50,000 on top of the normal purse.

Also, a win for Willie Mullins would see him nab the trainer’s championship from Henry De Bromhead by virtue of second places. Mullins had the favourite here in the shape of Gentleman De Mee, and while he failed the trainer was not to be denied.

Gentleman De Mee’s stablemate Galopin Des Champs finished the festival off with a nice win under Sean O’Keeffe, meaning another title for Mullins which brought the curtain down on the week in a very familiar way.

Rachael Blackmore, with another win on day four, won her first Cheltenham Festival jockey’s championship. In doing so, she finally crossed over from “best female jockey” simply to “best jockey”.

She was brilliant throughout, rode 6 winners and very nearly won the Gold Cup too. The big race was taken by Jack Kennedy who finished second, the final jockey’s table looking like this:

You just can’t keep Willie Mullins down. Having been behind the brilliant Henry De Bromhead all week, Mullins must have felt gutted after the Gold Cup.

In winning and finishing second, De Bromhead pulled away in the trainer’s championship. Mullins needed to win both of the last two races to sneak the win – and he did! Here’s how the final table looked, Mullins winning it based on having trained more seconds:

The Gold Cup is what it’s all about. This year, the big race provided so many talking points even by its own standards.

The jumping performance of Champ and the below-par run of his stablemate Santini left Nicky Henderson shaking his head.

Al Boum Photo looked at one late stage to be joining the all-time greats with a third success, only to be run out of it. Not only that, but he was run out of it by not one, but two Henry De Bromhead horses as there appeared to be a changing of the guard among Cheltenham trainers!

De Bromhead’s training performance was brilliant and he deserved his Gold Cup 1-2. Jockey Rachael Blackmore may have been on the wrong one in the race itself, but in finishing as champion jockey after yet another win on day four she has proven herself to be utterly top class.

The supporting races provided some good entertainment. But, just as it should be, Friday was all about the Gold Cup and it was a renewal that will live long in the memory.

Winner Minella Indo and runner-up A Plus Tard will surely both be coming back next year. Imagine then the battle when Monkfish also turns up! 2022 is going to be some year for National Hunt racing based on this.