One of the biggest horse racing events – the 2021 Cheltenham Festival – will take place from Tuesday, 16th March until Friday, 19th March. Four days of first-class horse races are in front of us, and yet it is quite possible not to know who to bet on Cheltenham.

To help you find an answer to that particular question, we included an event overview for each day of the Festival. Hopefully, the rest of our article will show you how to find the best horse to bet on Cheltenham, which types of bets are popular, what kind of offers to expect and how to bet on horse racing in general.

We’ll take a look at Cheltenham races favourites day by day and see according to which major criteria we chose these favourite Cheltenham runners.

She won’t have things all her own way, however. Gary Moore’s Goshen, who should have won the Triumph Hurdle last year, returned to winning ways in spectacular style last time and is a very worthy second favourite who should attract plenty of money.

Some of the best two-mile chasers of all time have landed the Arkle Trophy as novices, and Nicky Henderson’s Shikskin is this year’s superstar in waiting. The seven-year-old, three from three over fences, is odds-on across the board and has shown himself to be top class while he also has winning Cheltenham Festival form.

Against him is Willie Mullins’ Energumene, another unbeaten specimen who won the Irish Arkle in brilliant style, and while he’s improving, he’s unproven on a track like this.

The meeting gets underway in traditional style with the Supreme Novices’ Hurdle. It’s that man Mullins again at the top of the market, his Appreciate It being unbeaten in three runs over hurdles.

He was just 2 from 4 in bumpers however, and while he finished second at the Festival last year, he didn’t improve from his previous runs which just begs the question, does he like this course? Metier is definitely the main danger and is overpriced.

Day two’s championship event is the Champion Chase over two miles. Chacun Pour Soi, trained by Willie Mullins of course, is odds-on having won six from 7 since arriving from France.

He was beaten on his first try against top-class opposition last season and had to miss last year’s Festival, so it would be a brave man to pin their colours to his mast at the prices no matter how classy he is. Last year’s winner Politologue may be of better value.

Tiger Roll definitely misses the Grand National now, and he has some task to regain his Cross Country Chase title from French raider Easysland. Representing JP McManus and David Cottin, Easysland should win this if he remains fit and well just as he did last year.

The Third Day of the Cheltenham Festival also gathers around the amazing Cheltenham runners.

Paisley Park looks to regain his Stayers’ Hurdle title on Thursday and he’s favourite to do so. His two battles against Thyme Hill this season leave the score locked at 1-1, however unless the ground comes up very soft it may be his younger rivals who is celebrated in a changing of the guard.

The Ryanair Chase is the most valuable race of the day. Willie Mullins’ Allaho is the big dog here, but the race is competitive with Imperial Aura, Min, Mister Fisher and Fakir D’oudairies all holding chances.

The big race of the entire meeting is the Cheltenham Gold Cup, staged on Friday. That man Willie Mullins saddles favourite Al Boum Photo in the race who is looking to become the first triple winner of the event since Best Mate in 2004.

After his excellent prep over a very inadequate two miles however, Festival winner Champ could be the value against him for the Nicky Henderson yard. 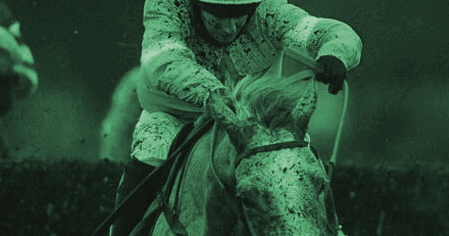 What to Look for In a Cheltenham Runner

There are many factors to pay attention to when deciding who to bet on Cheltenham. One of the most important things is the previous form at the track. However, it’s not just the horse that matters. Besides Cheltenham runners, don’t forget to take a look at trainers, jockeys, and their career paths.

See if they win regularly or not that much, how many years of experience they have, etc. Every statistic data could be pretty helpful in predicting future outcomes. Make sure not to neglect it!

Here are some of the key information to keep in mind when thinking of how to bet on horse racing:

If you are a fan of horse racing, then you should know why a horse’s age is very important and how it affects racing ability. For instance, it’s logical to think that when younger horses compete against older ones, they hold an advantage because of their age. However, this isn’t always the case, especially when it comes to thoroughbred racehorses. A lot of horses improve as they age. It can pay to look back at past age trends too – some races favour horses at a certain age – for example, since 1986 we’ve only seen two Champion Hurdle winners aged 5 years-old.

It’s also highly important to take into account the impact of the assigned weight a horse must carry during a race. Each horse has its limits of ability, just like humans do. The weight factor is significant for handicap races.

A horse that is well-weighted is a favourably handicapped horse compared with the weights that his rivals have to carry. However, this is not that simple. There are also some other factors. In fact, according to statistics, horses carrying more weight than during their last race won 10.22%. On the other hand, horses carrying less weight tan their last race won 8.63%.

Again, it’s worth looking back at past races to find some key weight trends and statistics that have built up – certain races will favour the classier horses that are carrying more weight, while some of the handicaps those with less weight have done better.

There’s no need to even talk about this. If according to betting tips and odds one horse is considered as promising that he/she certainly is. Past performances of Cheltenham runners reveal a lot about the horse’s shape.

Some punters prefer considering racing trainers rather than evaluating Cheltenham horses. Each trainer has its own strengths and weaknesses, but they also have specific situations where they excel. Make sure to spot those situations!

Learning to recognise which jockeys are more likely to win is a great advantage. When choosing who to bet on Cheltenham, don’t forget to take a look at jockey stats. Anyway, these statistics shouldn’t go separately. It’s not just the jockey that matters. Don’t forget about the horse he rides and how it performs. When it comes to the horse, it’s important who is his/her trainer, etc.

As you can see, all these statistics can’t be isolated. Choosing the right horse to bet on is a gradual and analytical process. We’ve compiled some bookmakers where you can place a bet on your favourite runner while watching the race live here.

There are plenty of different Cheltenham bet types. These are some of the most frequent ones: starting price, Cheltenham races favourites, best odds, ante-post, non-runner no bet.

You are probably familiar with the concept of these types of bets, so we won’t go into detail. However, we feel obligated to explain the non-runner no bet offer and point out to its advantages.

Cheltenham non-runner no bet is one of the most popular Cheltenham bet types. What makes this type of bet exceptional?

Non-runner no bet offer is a special promotion run by bookmakers for some horse racing events. It’s especially popular for ante-post betting markets.

For instance, let’s imagine that you place a bet on Cheltenham Gold Cup months in advance while the odds are still greater, but a few days before the race, your horse gets injured and you lose your stake. Pretty bad, right?

Well, with non-runner no bet offer, in case your horse is injured, you get your money back because the bet didn’t stand. Nice way to stay relaxed while betting, isn’t it?

One of the most important horse racing events in the UK is undoubtedly the Cheltenham Festival. As we are getting closer to the beginning of the festi... 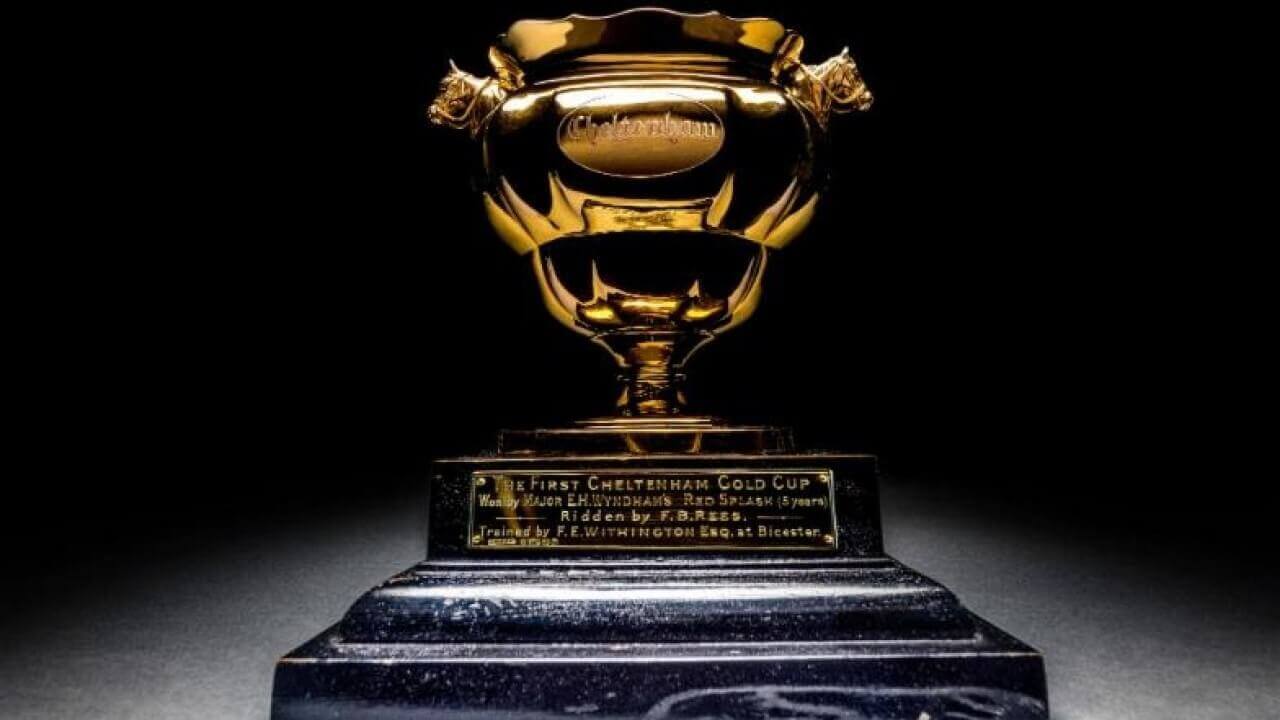 Our Cheltenham odds guide brings you all the information about one of the most significant horse racing events in the United Kingdom. In this artic...
Table of Content
Cheltenham Runners - Who To Bet On? Cheltenham Favourites 2021 Potential Winners at Cheltenham: Four Horses to Follow What to Look for In a Cheltenham Runner Cheltenham Bet Types Cheltenham Non Runner No Bet Offers 2021
Bookmaker Offers