Have you ever wondered how to read a race card?

One of the biggest barriers to newcomers betting on horse racing is the terminology and the amount of information presented on a race card.

It need not be that way. With just a short explainer, first-time horse racing bettors can be making some degree of informed choices on the horses they bet on.

The starting point on any horse racing card is the form figures. This is a string of numbers or letters. It is fairly simple to explain. The character on the right represents the horse’s latest run, the next one on the left is its second-last run, and so on. Typically, a horse racing card will show the six most recent runs. 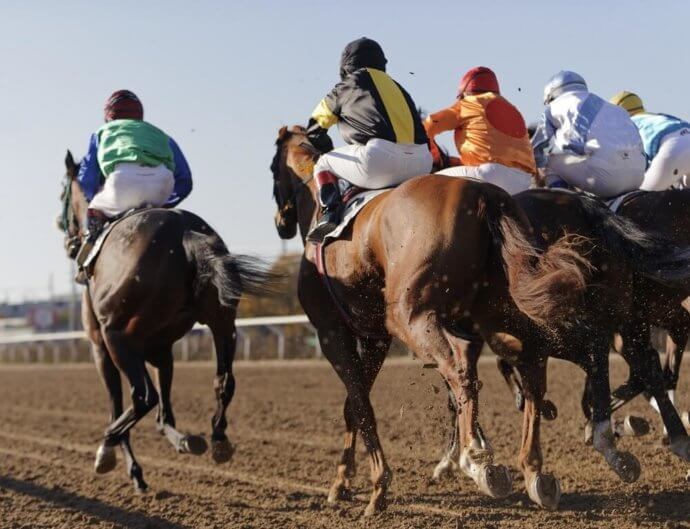 In a horse racing result or a horse’s form guide, the numbers used to determine the margins of victory are lengths. It is actually a measure of time, but the name gives a clue as to how we can judge it by eye. A horse who finishes with another horse right on his tail is said to have beaten that horse by a length. It does not take long to be able to work out these distances easily.

Horse racing race cards today are getting ever more complicated, with more and more information being available to the betting public. This is a good thing, as long as we can make sense of it.

No horse racing card would be legible if all this information was spelt out, so race cards must use certain abbreviations. The most common Racing Post abbreviations include:

The numbers are easy, they represent the finishing position of the horse, with 0 representing a finish of tenth or lower. Other common horse racing form guide symbols include F (fell), U (unseated rider), P (pulled up; in practice, a generic ‘did not finish’), R (refused), and S (slipped).

Dash on a Racecard

Beside a horse’s name: these will refer to the equipment a horse is wearing (b for blinkers, v for visor (modified blinkers), p for cheekpieces and t for tongue tie). Wind surgery, a relatively new piece of information which marks that a horse has recently had an operation to help its breathing, is denoted by a w.

If you see form indicators in a bold square whether a horse has won at today’s course (C), distance (D), or course and distance (CD).

Usually in kilograms on Australian race cards, this denotes the weight a horse must carry, inclusive of jockey, saddle etc. In handicaps, better horses carry more weight. In other races, pre-stated race conditions decide the weight to be carried.

A number in brackets beside the large racecard number: this refers to the draw. In Britain, and most countries, a low draw on a race round a bend is an advantage to some extent. Exactly what extent depends on the course and the proximity to a bend. On straight tracks, any draw bias may differ. There is no draw in jumps races, where horses line up behind a starting tape.

A superscript 1: this can be beside equipment, the trainer, even occasionally the jockey or a unique symbol called Hc (handicap). In all instances, the 1 denotes that this is the first race in which this has applied. So a horse making its debut for a new trainer, or a horse running in blinkers for the first time, carries that information.

Numbers beside a jockey: these are used to denote a jockey’s claim. Inexperienced jockeys (usually judged on a number of wins) are given an allowance to encourage trainers and owners to use them. These vary by country, but in Australia, they are normally 4kg, 3kg, 2.5kg, 1.5kg and 1kg. Spotting a good claimer can be a big betting advantage.

While many newspapers produce both online race cards and printable race cards with raw information such as what is written above, Timeform race cards and Racing Post race cards are unique in that they carry some interpretation in the form of their own handicap ratings. Timeform, being a more handicapping-based company, make their ratings (which carry their own symbols to represent horses open to improvement, or poor jumpers) visible only to paying customers, but the Racing Post Ratings (purely numerical) are generally free.

Private handicap ratings like these are a good way of measuring whether a horse’s form is strong in the context of the conditions on today’s race card. The higher the rating, relative to the other runners, generally represents what the handicapper thinks of its chances.

How do you read a race card form?

Start from the right (most recent) to judge a horse’s recent form. These numbers denote finishing positions, so in the most basic terms, a horse with lots of 1s by its name can be taken to be in good form.

What do the letters mean in horse racing form?

They are generally bad, as they denote that the horse did not finish. Be careful, though, as some horses fall (F) or unseat their rider (U) when looking certain to win. Other symbols can mean brought down (B), refused to race/jump (R), pulled up by their jockey (P), ran off the course (O), or slipped up (S).

What does the number next to a jockey mean?

It means that jockey can claim a certain weight off the horse’s back. It is normally given to inexperienced jockeys as an incentive for trainers and owners to use them.

What does C mean in racing form?

Besides a horse’s name, C refers to a horse that has previously won at the course. Less frequently, in a horse’s form figures it means it was carried out of the race by another horse.

How can you tell a winning horse?

While form figures give a clue, horses whose ratings come out high on Racing Post Ratings (RPRs) have the form that makes them best positioned to win the race.

What does M mean in horse racing?

A horse’s colour and sex is often listed on race cards. The sexes for older horses are gelding (g), horse (h), or mare (m). Horses under five are either colts (c) or fillies (f).

What does void race mean?

When the stewards are satisfied that the course could not be completed within the rules of racing, races are declared void. This is most common when there is an obstruction on the course.