Picking winners on horse racing can be as simple or as complicated as you like. Those who provide horse racing tips will have their own methods, but it all boils down to two things: which is the best horse at the weights, and which horses can be expected to run their best today?

The best* horse racing tips providers tend to share their methodology with their followers. It is a good chance for punters to weigh up tipsters on something other than results. If someone is getting a few winners, but their methods seem like complete nonsense, then the case may be that they are just having a lucky run.

Similarly, the best-thought-out arguments do not always guarantee winners. For example, you should give a lot more credit to those who tipped Goshen for the Triumph Hurdle than those who got the winner, Burning Victory.

In the internet age, free horse racing tips are more likely to be provided by those starting out, or who make any money from affiliation with bookmakers. This is not to say that they are in league with bookmakers and want punters to lose, but that their initial motivation, as it is with any tipster, is to get their followers to bet.

As mentioned, every person who gives out free horse racing tips, or paid-for services, will have their own methods. Some use time, others whispers they hear in one of Newmarket’s pubs. However, most will look at form. 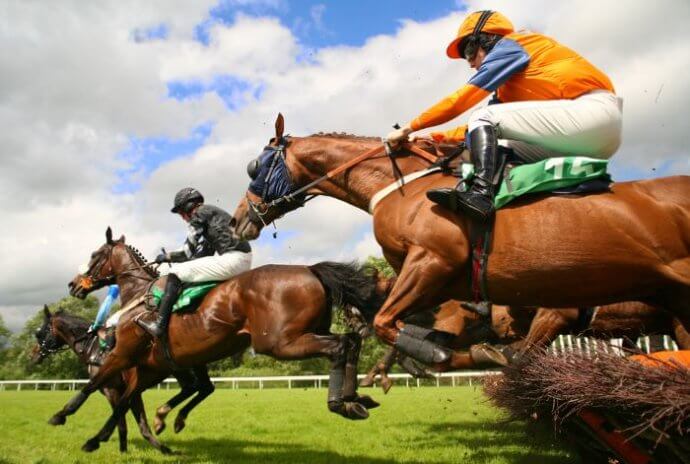 Top 7 Tips to Pick a Winner

Horseracing is a sport with variables so we present to you a list of the top 7 tips in order to choose a winner. It’s a good starting point and covers the basic winner factors.

Form, in itself, can be hard to make useful. A string of wins in selling company is not all that useful if a horse then runs in a Group 1. Form must be assessed in context and one of the best and most established methods is to use handicap ratings.

Handicap ratings are not just for handicaps. Private handicappers, like Racing Post Ratings and Timeform ratings, are used to put the horse’s ability, which they have calculated using times and race-reading, up against today’s race conditions. Handicap ratings will tell you which horse in the Derby has the best form coming into the race.

It could be argued that a majority of considerations used to find winners are expressed through handicap ratings. A horse’s suitability to certain conditions can be assessed using previous performances under similar circumstances. A horse’s age is of most interest in terms of how much improvement it may have left to show, or how much weight-for-age it will receive. Handicapping down the years has shown that younger horses tend to benefit from weight-for-age.

But it is not just a figures game. Be wary of the horse racing betting tipster who blithely quotes collateral form, for example ‘He gets 8lb for a five-length beating that day’. This information can be useful, but most students of form would put it into context.

If a horse’s standout performance came on particularly testing ground, or at an idiosyncratic course, it can be worth looking out for them returning to the same track or going conditions.

Another underrated factor that can be used to make horse racing betting tips and predictions is a horse’s trainer. Horse racing today is a much more exact science than it was in days gone by. Trainers like Martin Pipe and Aidan O’Brien brought training racehorses from a rural pursuit to an athletic endeavour, and one of the best* angles for horse racing tipsters is to focus on trainers and their methods.

Sure, pay attention to Nicky Henderson’s horses, because he is clearly a superb trainer with an awful lot of talent at his disposal. But also be aware that if both he and Paul Nicholls send a novice hurdler over fences, the chances are that the Nicholls horse will improve more.

Noticing the horses’ behaviour during the paddock can be a huge tell-sign for their general physical wellbeing and race performance. However, judging the horses as they parade around the ring may not give away much to beginners. It’s worth noting that horses are very well prepared and you may want to focus on some negative signs – tiredness, sweat or angry behaviour in general.

Pedigrees are something that casual horse racing bettors rarely use, but horse racing tipsters will often cite. These are particularly useful for horses at a young age, when their own racing character is not fully known. A horse by Galileo is not only likely to be useful, but it is also likely to stay at least a mile and probably up to 1m4f, depending on its dam (Galileo’s best milers have tended to be out of sprinters).

As mentioned before, the best thing about horse racing tipping is that you can follow someone who uses any method you choose. Familiarise yourself with all the tools a horse racing tipster uses to make an informed choice about who you follow.

*Best is based solely on the opinions of our writers and does not constitute fact.