Fans of international horse racing like to focus on the very best events, and if that’s you then the Melbourne Cup must be right at the top of your watchlist.

No sooner had Twilight Payment taken the 2020 renewal at Flemington than very early markets were being formed for 2021 running, and we’ll keep you abreast of the situation as it changes right throughout the year.

Young trainer Joseph O’Brien quickly added a second Melbourne Cup to his CV when Twilight Payment beat home his father’s horse Tiger Moth by just a half-length in what was another close and dramatic race in 2020, and now bettors are looking at the early value on what might be our next bunch of contenders for Australia’s Race That Stops the Nation.

In this article, we will go through the betting highlights of the Melbourne Cup history, and we will also tell you where to find the best odds. You can also have a look at our guide for more information about horse racing odds.

Where to find the best Melbourne Cup Odds?

The Melbourne Cup is the biggest horse racing event in Australia, and one of the most popular horse races in the world – hence the nickname “The Race That Stops A Nation”.

Because of its big billing, a large part of the audience will place their bets on their favourites – as they will know little about horse racing or the real form of the Melbourne Cup runners.

To some, it’s more of an annual event – a bit like the Epsom Derby, the Grand National and the Boat Race in England. With that in mind, there are millions of ‘once-a-year’ bettors on the Melbourne Cup – which is a bookmakers dream.

Seeing how online betting has become extremely popular, numerous bookmakers will offer Melbourne Cup odds that can be rather competitive.

Remember that you are the one who decides which bookmaker to opt for when placing bets for the Flemington Melbourne Cup.

You should have in mind that the odds can change before the event. Make sure to check them regularly in order to make an informed decision when you want to place your bet.

Now is the right time to start with your research, read different tips (click here to read our Melbourne Cup betting tips), go carefully through the form guides, and look at the past performances of your favourites.

One thing we noticed helped in the decision making is that the punters have followed the general performance of their horses during the whole season, not just the previous Melbourne Cup.

Early Markets for the Melbourne Cup 2021

With the 2020 Melbourne Cup already a distant memory, layers are beginning to open markets for the 2021 version with ante-post odds providing some great value as long as you firmly believe your horse will turn up next November.

On the plus side, you are almost certain to get way better odds for your horse this early if it does indeed go on to Melbourne Cup glory, however, plenty can change in the course of a full racing year and more new contenders will announce themselves from around March onwards.

If you can, look for a ‘non-runner, no bet’ option which ensures that, should your horse not turn up at Flemington, you won’t lose your stake.

Many runners such as Prince of Arran keep returning to have another go so the past form can be a reliable indicator here.

As Twilight Payment recovers from his heroics in Ireland, here are the very early ante-post odds for the 2021 Melbourne Cup:

*You should keep in mind that the odds can change before the event. Make sure to check them regularly in order to make an informed decision when you want to place your bet.

Which Melbourne Cup Betting Odds can you find?

When we talk about the Melbourne Cup betting, there are numerous types of bets, and the most popular one is the Win bet. When punters are placing Win bets, there are two types of odds that come to mind.

The first one is the Tote odds, and the second, a maybe more popular one is the Fixed odds. If you’re new to the whole betting world, we’ll go through both of them, and carefully explain them to you.

Tote betting is a type of horse race betting where you place a bet in the betting pool, and you discover the Melbourne Cup odds only after the race has been finished. For this type of betting, the Melbourne Cup betting odds can lengthen or shorten depending on the amount of money that was wagered on that specific horse, from the moment you placed your bet until all the bets are closed.

The odds price in Tote betting can be misleading or inaccurate if there isn’t enough money in the betting pool, which is why this kind of betting is usually reserved for experienced punters. Tote odds become more reliable after a great volume of bets has been placed, which usually happens a few hours before the race begins.

The more popular kind of betting is Fixed odds betting. This type allows you to lock in a certain price, which will be paid out no matter if the odds change. The only possibility where the odds might change is in the vent of scratching, i.e. if the horse, for some reason, doesn’t participate in the race.

One of the reasons punters favour the fixed odds betting is the possibility of placing bets in advance, even before the Melbourne Cup final field is announced. These bets are usually referred to as the “Early Markets”, “Ante Post”, or “Future Markets”. If you already have a favourite in mind you’d like to bet on, you can place a fixed-odds bet, and therefore secure good value. 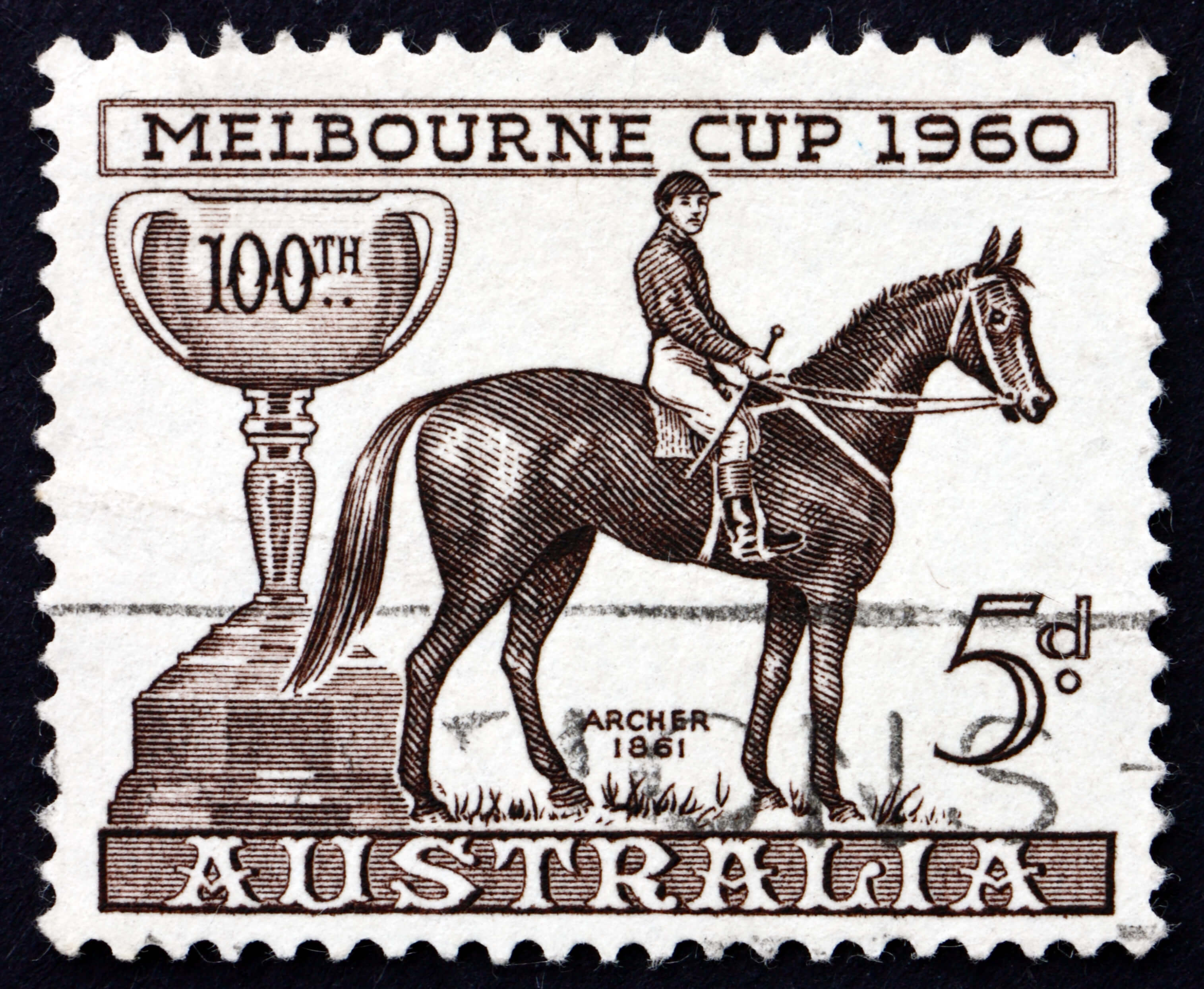 If you want to add to the excitement of the race, we recommend placing live bets. Given the horse race only lasts a couple of minutes, you need to be fast if you opt for live betting. You should be aware of the fact that the odds will quickly change as the race progresses and horses’ positions change.

Note that due to the Interactive Gambling Act in Australia, any form of live betting cannot be conducted online.

Here are the answers to some of the most common questions surrounding the Melbourne Cup.

It’s early days and plenty will change, but the early 2021 Melbourne Cup odds have Tarnawa, High Definition, The Chosen One, Trueshan, Verry Ellegant and Russian Camelot at the top.
Look out for others such as English King and perhaps One Ruler shrinking in the betting as the season goes on, especially if they manage to land major Group 1 races along the way.

Where can I place fixed odds bets?

All of Australia’s major online bookmakers will ultimately provide odds for the 2021 Melbourne Cup. Via the biggest operators, you can place fixed odds ante post bets as well as take advantage of the live markets when the race is about to run.

You will also have the chance to bet on the Australian Tote on the big day, enabling you to take what are often more generous prices about foreign-trained horses from places such as England, Ireland, France and Germany.

Who won the previous Melbourne Cup?

The 2020 renewal of the Melbourne Cup was taken by Twilight Payment. The seven-year-old gelding, trained in Ireland by Joseph O’Brien, became his handler’s second win in the race and on this occasion, he was ridden by Jye McNeil.

The race was remarkable for being not just the young trainer’s second Melbourne Cup win, but also for the fact that he beat home in second place a runner from his father Aidan’s more established stable as Tiger Moth so narrowly failed to run him down under Kerry McAvoy.

How many horses take part in the Melbourne Cup?

Currently, at least 100 horses are in contention for the 2021 Melbourne Cup, with more to go on the longlist when some of the three-year-olds prove themselves worthy.

Ultimately, however, some will drop out due to lack of form or injury, the handicapper will publish the given weights and eventually when November 2nd rolls around there will be a maximum of 24 runners in the gate for safety reasons (click the link to learn more about the Melbourne Cup runners).

That much-anticipated final field will be announced on Victoria Derby Day, three days before the Melbourne Cup on Saturday 30th October.