Ask racing fans and many will express a preference for either Flat or National Hunt racing. There are those who like both, but most horse racing fans and punters will lean towards one or the other.

National Hunt (NH) racing is essentially racing over jumps – hurdles or steeplechase fences. There are also bumpers (National Hunt Flat races) – flat races designed as educational events for horses who will soon be progressing on to jumping, either hurdles or fences.

As well as the obstacles the runners have to negotiate, the other essential differences between NH and Flat racing are that NH races are generally over much further than Flat races. The suggested minimum distance for an NH race is two miles, while on the Flat the minimum distance is five furlongs (0.6 miles). Most Flat races are run at between five furlongs and two miles. The longest race in NH racing is the Grand National at Aintree although this has been reduced in recent years from four-and-a-half miles to just over four-and-a-quarter miles.

Flat races are started by starting gate, but there is no starting gate in NH horses. The horses are called into line by the starter, who races a flag and invites jockeys to bring their hoses up to the tape. When the starter is satisfied that the horses are in a reasonable line, he releases the tape and the race begins.

National Hunt horses have more stamina than Flat horses but tend to race at a lesser speed than their Flat counterparts.

Betting on National Hunt racing is just as popular as betting on Flat racing. Indeed, major National Hunt events such as the Cheltenham Festival and the Aintree (Grand National) Festival are among the biggest betting events of the calendar year.

One of the key drivers in influencing betting habits is the familiarity punters have with National Hunt horses. Unlike Flat racers, National Hunt horses can race for seven or eight seasons, sometimes more, and regular punters become familiar with these horses and follow them year on year.

The best of these horses have tremendous followings and public support, sometimes even having their own fan clubs. The popularity of these animals certainly drives betting interest, as does the annual revisiting of top races that have so many great memories for National Hunt racing fans. 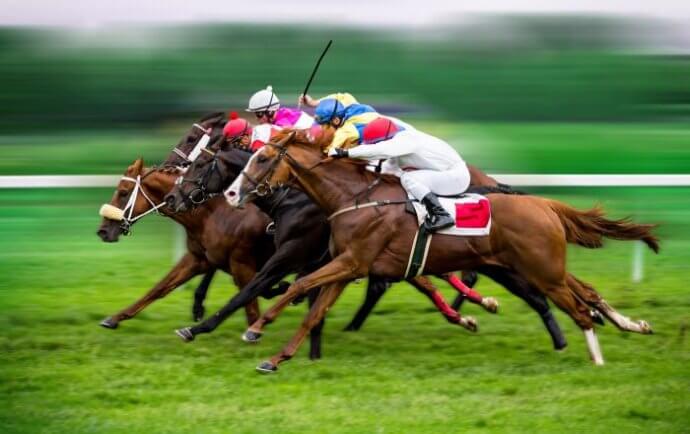 What are the types of National hunt races?

are the smaller type of obstacle and races are run for horses aged three years old and upwards over distances initially of two miles, but afterwards for four-year olds and upwards over distances up to three miles and three furlongs. A hurdle is a standard size for all the hurdles on the course. Many horses that compete in hurdle races move on to tackling chasing later on although not every horse adapts to the larger obstacles.

are races over the larger obstacles and are for horses aged four years old and upwards. The minimum distance is two miles and the longest race is the Grand National at Aintree over the extended four-and-a-quarter miles. There are three types of fences in a chase; plain fences, open ditch and a water jump. Chasers are often bigger and more robust than hurdlers due to the extra strength and stamina required to complete the course.

can sometimes be run these days over as little as a mile-and-a-half but are usually over two miles. They are educational races for young horses who will soon graduate to jump hurdles or fences.

the pinnacle of National Hunt racing and is staged annually on the fourth and final day of the Cheltenham Festival in mid-March. Run over a distance of the extended three-and-a-quarter miles, the horses compete at level weights and only the very best chasers have a chance of landing the spoils. This is a legendary event every jockey, owner and trainer dreams of winning. It has seen great triumphs over the years for legendary horses such as the great Arkle, Best Mate, Denman, Kauto Star and, for the last two years, Al Boum Photo.

run on the first of the four-day Cheltenham Festival in March, this is the hurdles equivalent of the Cheltenham Gold Cup. Run over two miles, it attracts only the best hurdlers in the world and requires high-class horses possessing both the speed for the minimum distance of two miles, but also the stamina to stay on strongly up the steep hill to the finishing line. Among the great winners of the race are household names such as Persian War, Night Nurse, Monksfield, Sea Pigeon, See You Then, Istabraq, Hurricane Fly and, earlier this season, the fine mare Epatante.

staged at Aintree in Liverpool in early April each year, the Grand National is an iconic steeplechase and is run over a stamina-sapping distance of the extended four-and-a-quarter miles. Thirty unique spruce fences make the race a daunting physical challenge for horse and jockey, with the race rightly described as “the world’s greatest steeplechase” due to the drama it produces every year. The Grand National is a handicap race, with the most talented horses carrying bigger weights than those lesser down the scale. It is one of the hottest betting races in the world and has seen historic performance from horses such as Aldaniti, recent dual winner Tiger Roll and, of course, the only three-time winner of the race, the legendary hero of the 1970’s, Red Rum.

When is the National Hunt season?

These days National Hunt racing takes place throughout the year, with the season officially starting in early-May and continuing, for the most part, throughout the 12-month period.

Why is it called National Hunt?

The sport originated in Ireland in the hunting sphere, then developed when races took place from village to village, with horses having to jump over walls and ditches and fences. These specific races were known as steeplechases because the starting and finishing points were between the church steeples of the different villages.

A Grade 1 National Hunt race is for the very best horses either in the hurdles, steeplechasing or bumper spheres of the sport. These are hugely coveted events and include the Cheltenham Gold Cup, Champion Hurdle and Champion Chase.

What is Hunter Chasing?

Hunter chasing is for horses who compete in races on regular racecourses who have been in action for at least four days in the previous season in hunts in many places across Great Britain and Ireland. Many of these horses are former hurdlers or chasers.

Where can I find National Hunt racing fixtures?

There are many National Hunt races taking place across Britain and Ireland and a full list can be found on most respectable horse racing websites, as well as on the the website of the British Horseracing Authority (BHA) and Irish sites like Go Racing In Ireland or Irishracing.com. 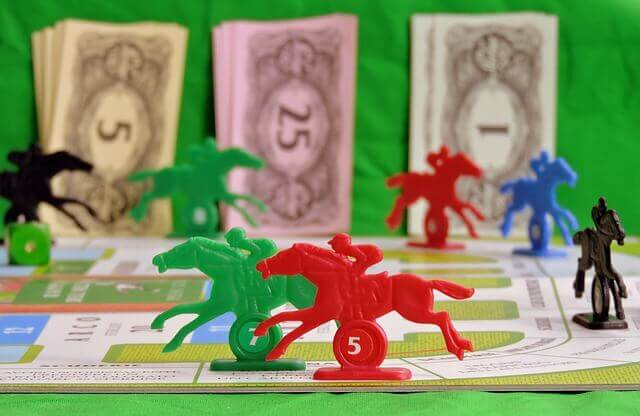 Learning how to bet on horse racing may be daunting at first for all newcomers to gambling. However, there aren’t many other simpler sports to bet o... 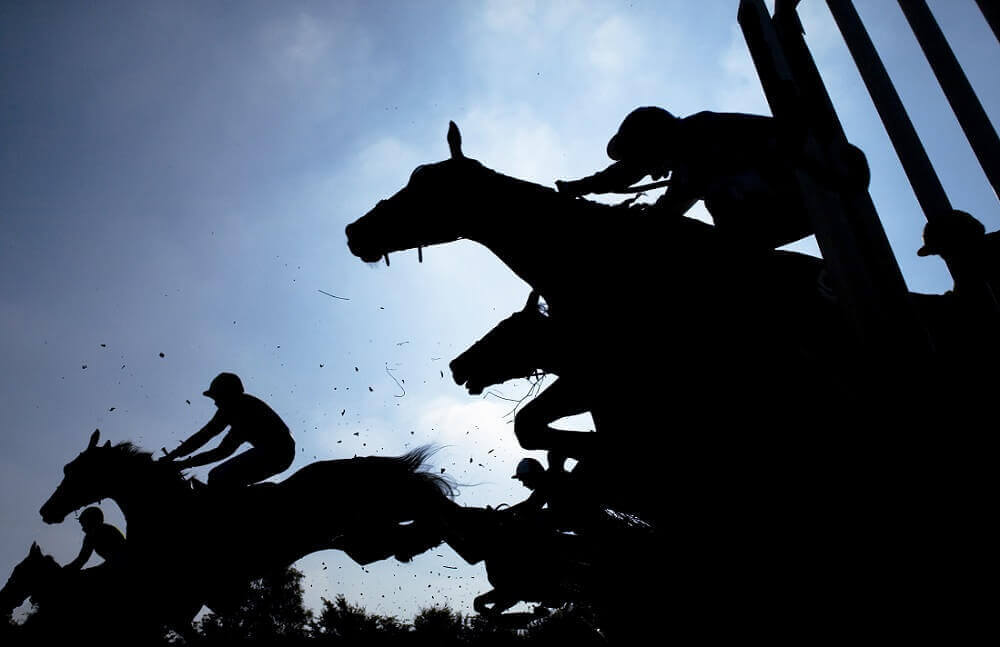