Favourite backers were on poor terms with themselves after the three Group 1 races on the final day of Royal Ascot. The market leaders were the most likely winners on form and ratings but none of the three obliged. Quadrilateral, Pinatubo and Sceptical did not get beaten by far and the treble of the three successful horses paid 136/1. Alpine Star, Palace Pier and Hello Youmzain were in the first three in the betting so were not winning out of turn on the fifth day of the meeting. The leading jockey was Frankie Dettori for the seventh time and leading trainer was John Gosden.

Dettori rode three winners on Saturday to take his tally to six winners. Jim Crowley accumulated the same number of winners but Dettori had more placed horses. Gosden had one winner on the final day and that was enough to clinch the trainer’s title. Jumps trainer, Alan King, had an excellent meeting with wins in the three longest races at Royal Ascot. Aidan O’Brien and Roger Varian did not add to their tally on Saturday so ended the week on four wins apiece, two behind Gosden. Despite taking place with no racegoers in attendance it was a brilliant week for the sport.

The Coronation Stakes was the first Group 1 contest of the day. The race is confined to fillies aged three and takes place on the one mile round course. The favourite was Quadrilateral, a well-bred filly who was a creditable third in the 1,000 Guineas. Alpine Star had not run for 302 days but wasn’t lacking in fitness. The horse stayed on to win by four and a half lengths from Sharing who is trained in the United States. Quadrilateral was almost two lengths further adrift and well beaten. Alpine Star’s next target is unclear but an entry in the Oaks is unlikely.

Dettori rode Palace Pier to victory in the St James’s Palace Stakes. His winning ride in the Coronation Stakes means he has won every Group 1 race at Royal Ascot. He was celebrating again 35 minutes later after winning on the Gosden trained Palace Pier. However, William Buick did not give Pinatubo the best ride and the favourite was an unlucky loser. The horse led inside the final furlong but Palace Pier took the lead near the finish and won going away from the field. The expensive yearling won a handicap at Newcastle earlier in June and is now 14/1* for the Derby.

Sceptical and Dettori looked all over the winner of the Diamond Jubilee Stakes. The Irish-trained horse that was sold for £2,800 in August led inside the final furlong of the race for horses aged four and older over six furlongs. The race is one of the most prestigious sprints in the world. Hello Youmzain beat Dreams Of Dreams by a head with Sceptical a neck further behind at the finish in third place. The winner rallied gamely near the line and took the lead close to the post. Hello Youmzain is now 10/1* for the Newmarket July Cup, a race that often identifies the best sprinter in Europe.

Hello Youmzain is trained by Kevin Ryan and the jockey in the race was Kevin Stott. The combination completed a double when Hey Jonesy won the Wokingham stakes at 18/1. The horse was prominent on the far side of the handicap over six furlongs and just lasted to win the race by a nose. Despite the price, two other winners had a bigger Starting Price on the Saturday of Royal Ascot. Chief Of Chiefs was backed for the opening handicap and won the race at 20/1. There was a much bigger shock in the Coventry Stakes which Nando Parrado won for the Clive Cox and Adam Kirby at 150/1. The horse can be backed at 40/1* for the 2021 2,000 Guineas.

Campanelle won the Queen Mary Stakes at 9/2 second favourite for Dettori and Wesley Ward, another trainer based in the United States. The trainer’s Royal Ascot runners usually run from the front. However, Dettori sat off the pace in the Group 2 race for fillies over five furlongs but lead near the finish. The evens favourite, So Beautiful, for O’Brien and Ryan Moore, weakened inside the final furlong and finished ninth. Who Dares Wins did favourite backers a favour by winning the final race of Royal Ascot this at Evens for King and jockey, Tom Marquand.

After the fifth and final day of Royal Ascot 2020 the standings and number of winners are as follows: 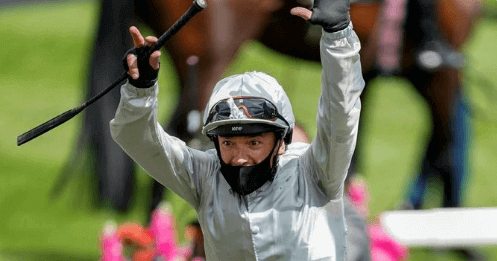 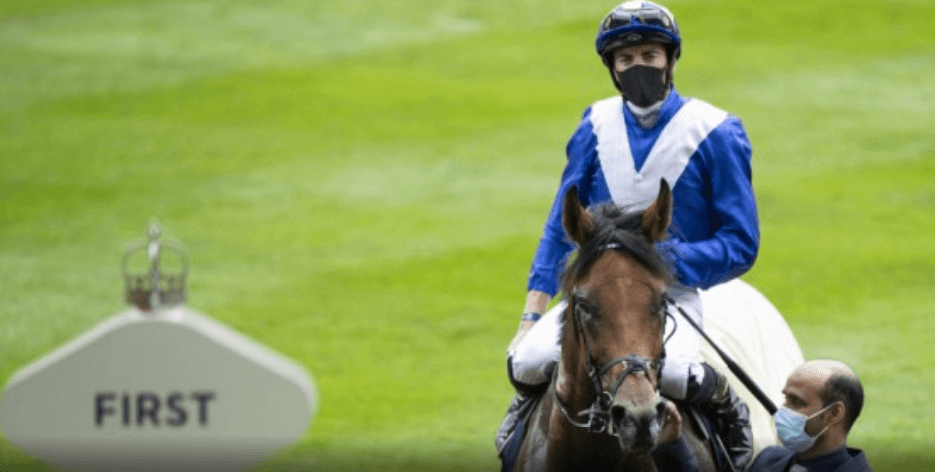 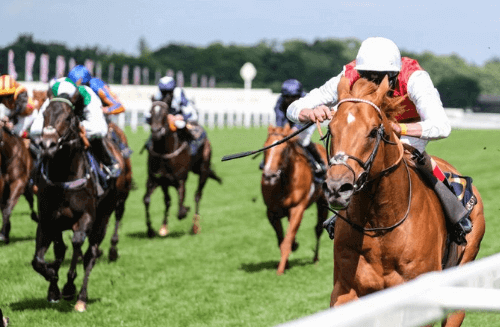